While the BBC programme Tomorrow’s World successfully anticipated the emergence of now commonplace technologies such as home computing and mobile phones, there’s been a dearth of predictions about what’s in store for the insurance industry. So this seemed an ideal time to step into my Tardis to see how technology will shape all our futures.

The biggest change for the next five years is getting people to drive less. Over and above any mechanical faults, the most defective component of any car is the driver, with the UN calculating there are 1.25 million vehicle-related deaths on our roads each year. The economics of driving don’t make sense either, as cars are parked 95% of the time and take up 20% to 30% of city spaces.

While autonomous cars will resolve these issues, they will also have a significant impact on traditional motor insurance policies. Within five years, the Vehicle Technology and Aviation Bill will have come into effect, with a single policy to cover both autonomous mode and when the motorist is driving. Yet, with cars becoming safer, premiums will drop significantly — the start of a 40% reduction in the personal motor insurance industry by 2040. Insurance is not the only sector that will be affected. Just as the smartphone impacted on the camera and music sectors, so autonomous cars will also have negative consequences for those who manufacture and drive vehicles.

By 2022 everything will be connected, leading to seamless interactions with the world around us from our flexible, foldable and waterproof tablets. Just as we order something on Amazon today for next day delivery, so it will be with interactive, real-time insurance.

“With 5G widely available, offices will start to disappear as we adopt real-time virtual conferencing.”

Skip forward to 2027, and we are living in a world of augmented reality with Google-style glasses for the masses. With 5G widely available, offices will start to disappear as we adopt real-time virtual conferencing, so you can send yourself to work while you get on with the gardening.

This will significantly impact on a number of industries. If the world looks like The Bahamas all the time, why would we need to go there? Any trips we do undertake will use high speed transport like hyperloops, with the capacity to travel at 756 miles/hour — requiring fundamentally different insurance. Also, why should we go to a doctor? Robo-doctors will have access to all medical knowledge rather than the pathetic amount we humans can learn, as well as so many cases to compare the symptoms with, which will give them a much greater ability to see what is wrong.

Step forward another five years, and glasses will have become totally passé — now patches on the sides of our heads will input directly into our brains. Driving cars will be a thing of the past, and drones will now become the main form of transport.

Utility robots will have taken over a lot of the jobs we do today. While new roles, such as Body Parts Maker and Chief Social Networker, will be available, this will be scant consolation to the 70 million people without work. Such mass unemployment will mean many can no longer afford insurance, and new lines will be required to meet the needs of those who can.

By 2037 nanotechnology will enable us to print anything perfectly in 3D. While everyone marvelled at Lemonade paying a claim in three seconds, the policyholder was still stuck in a bar with no coat — so the ability to print him a new one there and then will add significant value to the claims process.
From a medical viewpoint, advances in the use of microscopic scaffolds made of polymer fibres will increase regeneration and monitoring of the functions of the brain and other organs, potentially helping people with degenerative conditions.

With the popularity of drones having increased even further from 2032, they will be patrolling the skies in a military surveillance capacity. The insurance industry will also be using them routinely to make it quicker and cheaper to survey buildings, both at the application stage and when claims are made.

By then, the General Data Protection Regulation will have been in force for nearly 20 years, defining how data is processed, and the amount of information that needs to be managed will have risen substantially year-on-year. Luckily, to manage all of the data generated, developments in computer processing capabilities will have kept pace. Therefore, to extract maximum value from the mountains of data significantly faster than previously, quantum computing will have come to the fore.

As we take each step on this journey, insurers will need to be aware of the emerging risks they face, as well as changes in liability exposure. Personal lines business will certainly undergo fundamental changes as people no longer drive and homes transmit more and more risk data, making them much safer.

The future is both super scary and very exciting, so insurers can’t carry on as they are while the world changes around them. The industry needs to shift its approach to look ahead rather than over its shoulder at how things were five to ten years ago.

This article is an extract from SSP eye issue 10 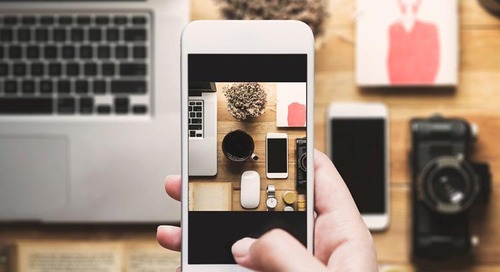 Gamification and innovation in insurance

In all aspects of life, people don’t buy products or services, they buy the customer experiences these deli... 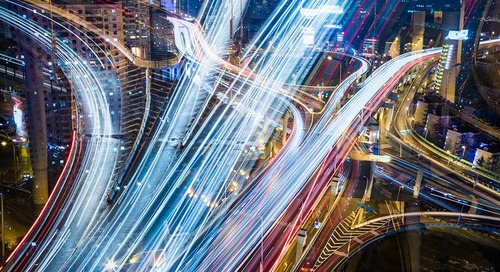 Setting the pace for change

Technologies such as driverless cars, telematics and the connected home are changing the world of insurance.